How can we expand the hobby?

If you have not read “Hobby Must Fill the ‘Empty Chair’” that Michael S. Turini wrote a few weeks ago, then click here to read it first. Go ahead, I’ll wait.

How do we fill the empty chair?

After years of growth spurned by the 50 State Quarters program, the hobby seems to have plateaued at levels lower than expected. Explanations for the slowing in the hobby’s growth range from the downturn in the economy through the downturn in confidence of the products being produced by the U.S. Mint.

I think Michael Turini stumbled on the problem: those of us most interested are getting old.

Not only are we getting old, but we are not doing what it takes to make numismatics inviting to younger members.

We seem to do pretty well in attracting young numismatists (YN), those under 18 years old. In fact, there are programs that actively recruit YNs for the hobby. But we are not doing enough. Not only are there no programs to keep YNs interested after they stop being YNs, there is a real lack of diversity in the hobby.

During my recent trip to Orlando for the 2014 FUN Show, I noticed that there were an increased number of women than I have seen at other shows. I also noticed that other minorities were attracted to the show. Seeing this was great, but how can it be spread to more areas of the hobby?

Numismatics can be a fascinating look at our history. The money that was used reflects the economy of the time which can tell a great story. What can the Morgan dollar teach us about the history of silver, the economy, and the politics of the time that could interest someone? Would learning about the ‘Crime of ’73’ make people think differently about the impact of politics on our economy?

What about the Educational notes series? These one, two, and five dollar notes depict neoclassical allegorical motifs as a representation of the theme written on the front of the note. The back pictured two American figures. Aside from the phenomenal artwork, why were they produced? What was the Bureau of Engraving and Printing hoping to do with these notes?

Our thoughts may also be too old.

There are great stories in other areas of numismatics beyond coins and currency. So-called dollars, tokens and medals the size of a dollar coin, were struck to commemorate something, some event, dedication, or anything of significance. So-called dollars tell stories that coin cannot and yet does not get the same attention in the numismatic press as coins.

If you are looking for new numismatic areas to explore or to use as a source to educate someone about history using numismatics, what about items like trade tokens or tax tokens? Trade and tax tokens were local currencies used to build business. In many ways, trade tokens could be considered coupons before someone issued paper coupons! 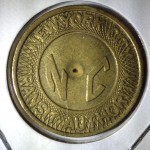 Transportation tokens traces the history of mass transit which can make learning local history fun. For instance, a New Yorker can easily find subway tokens that can tell the history of both the subway and economics since the tokens were first issued in the 1950s. Adding a Metro card to your collection also explains why the token is no longer used.

In Canada, there are collectors who collect the interesting coupons from a particular tire company.

I know a European-based collector who collects communion medals from a particular region because it traces the history of Catholicism in the area where his family has lived for centuries.

You can even collect the coins of the country where your ancestors or other members of your family are from. I became interested in Canadian coins since my wife’s family is from Canada. Now I am looking at the large cents produced during Queen Victoria’s reign which are affectionately called ‘Vickie Cents.’

Numismatics does not have to be about plugging coins into the holes of a folder or album. It does not have to be about buying coins encased in plastic holders with high numbers or extra symbols. Use numismatics to learn about your past. You can learn more about yourself by understanding your past and what better way to understand your ancestral past than to collect something from that era.

Go collect something new and make sure you tell people about your finds. Tell someone the interesting stories of the past using numismatics as the prop. Make sure you tell them they can have fun with this, as well. Then invite them to your next club meeting and make sure someone is there to talk about their finds and history.

It is only when we can move beyond the cold metal and paper to make the stories interesting can we think about filling all of the empty chairs in the room.