What’s next for The Greysheet 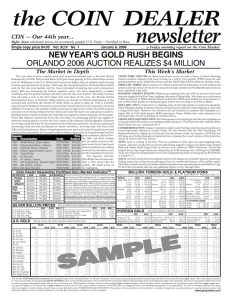 Earlier this year, Shane Downing, editor and publisher of the Coin Dealer Newsletter, better known and “The Greysheet” died of colon cancer on Jun 18, 2015. Shane became publisher following the death of his father, Ron Downing, in 1997.

The Downings have been running The Greysheet since 1884 when Ron and Shane’s grandmother Pauline Miladin purchase the publication from its original owners.

Early last month it was announced that an ownership group led by John Fiegenbaum, formerly president of David Lawrence Rare Coins (DLRC), has purchased CDN Publishing. The ownership group includes Steve Halprin and Steve Ivy, co-founders of Heritage Auctions; Mark Salzberg, Chairman of Numismatic Guaranty Corporation; Steve Eichenbaum, CEO of the Certified Collectibles Group, the parent company of NGC. Fiegenbaum has retired from DLRC to dedicate his time to running CDN with the assurance that CDN will remain an independent entity. The other owners will remain in their current positions. 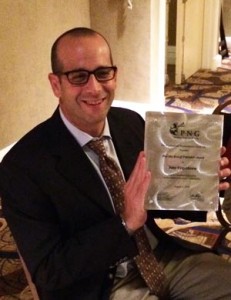 Stressing the continued independence of CDN, the press release stressed that the publications will include greater focus on new grading standards including plus grading and the impact of CAC.

CDN will be moving from California to the east coast. Although the press release does not specify the location, it is likely that CDN will be located in Virginia Beach, Virginia where Fiegenbaum has been running DLRC for over 30 years.

One of the benefits of Fiegenbaum running CDN would be to improve online access to their publications. Under Fiegenbaum, DLRC has moved from mail and phone bid auctions to a successful online auction system. Their auction website is very user friendly and getting better as they receive feedback from users. DLRC’s website rivals that of Heritage Auctions, led by Halprin and Ivy, for ease of use and accessibility to the auction items. This is a powerful backing for better electronic access.

Using the resources of NGC and Heritage Auctions, CDN could produce an online almanac of coinage including history and prices that would rival anything currently available. Making it accessible to collectors and dealers on both a free and paid basis could keep CDN viable for many years to come. Such a service could even surpass the every-ten-year effort by CoinWorld and the multi-volume effort by Whitman Publishing.

While running DLRC, Feigenbaum has shown how embracing the Internet could benefit his company and the collecting community. If he can embrace electronic publishing by bringing existing resources to the Internet and look for expansion with specialty collectors, CDN could become the go-to resource for people interested in learning all about their collections by making it more accessible to the emerging market of Gen X’ers and Millennials. That would benefit the numismatic community more than phonebook sized volumes of dead trees or glossy pages with pretty red covers.