It has been another head scratching month for us policy wonks who watch congress for more than the political theater, although both sides of the aisle provided quite a sideshow this month. With the ever eroding sense of civility, there was a few numismatic-related items that occurred. Introduced as a matched, related bills are proposals for commemoratives in 2020 and 2021:

This bill can be tracked at https://www.govtrack.us/congress/bills/114/hr5598.

This bill can be tracked at https://www.govtrack.us/congress/bills/114/s3105. 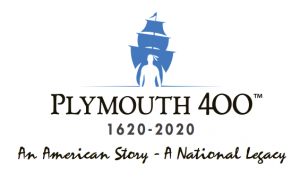 The bill calls for 100,000 $5 gold coins, 500,000 $1 silver coins, and 750,000 clad half-dollar with the usual surcharges ($35, $10, and $5 respectively), to be divided up between five related organizations surrounding the landing of the settlers at Plymouth Rock including 50-percent Plymouth 400, Inc., the organization formed by the Commonwealth of Massachusetts to manage the celebration.

Similarly, Sen. Markey and Rep, Keating are sponsoring bill (S. 3104 and H.R. 5599) “To establish the Plymouth 400th Commemoration Commission.” Not sure why this is necessary since it looks like Massachusetts’ “Plymouth 400” seems to have things covered.