Get Ready for the American Legion Commem in 2019 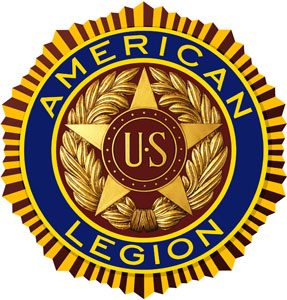 Sometimes, it takes time for the online system to catch up with the acts of Congress. But in what looks like a rare display of bipartisanship, the Senate passed The American Legion 100th Anniversary Commemorative Coin Act (H.R. 2519) on September 29, 2017. It becomes the first piece of numismatic-related legislation passed by the 115th Congress.

According to the bill, “The design for the coins minted under this Act shall be emblematic of The American Legion.” Other than the required inscriptions, no other restrictions were placed on the design except the required reviews by the U.S. Commission of Fine Arts and Citizens Coinage Advisory Committee.

Surcharges of $35 for the gold coin, $10 for the silver coin, and $5 for the clad coin will go to the American Legion to help with their service efforts. If the program sells out, the Amercian Legion can earn $9.5 million.

Sponsor: Rep. Timothy J. Walz (D-MN)
Introduced: May 18, 2017
Summary: This bill requires the Department of the Treasury to mint and issue commemorative coins in recognition and celebration of the 100th anniversary of the American Legion.Surcharges received from the sale of these coins shall be paid to the American Legion for costs related to promoting the importance of: (1) caring for those who have served, and those who are still serving, in the Armed Forces; and (2) maintaining patriotic values, strong families, and assistance for at-risk children.
Referred to the House Committee on Financial Services. — May 18, 2017
Motion to reconsider laid on the table Agreed to without objection. — Sep 25, 2017
Received in the Senate. — Sep 26, 2017
Message on Senate action sent to the House. — Sep 29, 2017
Presented to President. — Sep 29, 2017
This bill can be tracked at http://bit.ly/115-HR2519.