Polymer notes in UK will continue to have tallow 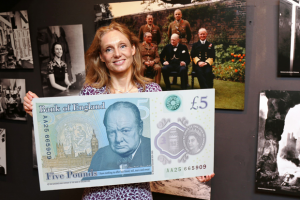 Last year, vegan activists in the United Kingdom became apoplectic when they discovered that the manufacture of the pellets used to make the substrate for the polymer banknotes contained trace amounts of tallow.

Tallow is made from suet, the fatty deposits around the organs of cows and sheep. It is a byproduct of the process of butchering a cow for its meat and hides. In its natural form, suet is only used for cooking and some preservation. When it is rendered (by boiling) into tallow, it is used to manufacture soap, candles, and lubricants. The use of tallow in even the most synthetic lubricant is ubiquitous. Machines used to harvest crops or grease moving parts in automobiles have tallow in them.

Since the uproar from vegan activists, the Bank of England spent a lot of time and a lot of money to research the environmental and social impact of tallow in the notes.

The amount of paperwork that was generated for this issue is astounding. They looked at everything from the use of alternative lubricants, like palm oil, to the religious and social impacts to Her Majesty’s loyal subjects. In the final report, the Bank of England even summarized the response when they reached out to “representative groups,” both religious and activists organizations.

All that time and money led to the decision to “ not change the composition of the polymer used for future notes.” Why? Because the costs and environmental impact to using alternatives like palm oil would be more expensive, the notes have such low amounts of tallow, typically less than 0.05-percent (five-one-hundredths of a percent) of derived animal products, and the rest of the community just does not see this as a problem!

It is like I said in my original post, they are probably breathing more dander in a single day than they are touching tallow in all of the polymer banknotes that cross their paths. Tallow is used in all sorts of lubrication products, especially those used in transportation. It is everywhere.

I hope the vegans can either learn to live within society’s decisions or find another way to pay for goods and services, like using credit cards.