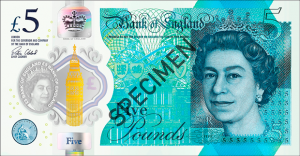 I have a personal rule that I do not criticize anyone’s lifestyle choices or non-choices. It is not a matter of tolerance but one of respect because if I want acceptance for what I do then it is not my place to judge someone else. But I draw the line where tolerance is pushed beyond acceptance but an insistence that everyone adapt to their ways.

To be a vegan means that you do not use or consume any animal product. It is a movement that began in the 16th century but organized in the 19th century as part of a philosophy to reject the commodity status of animals. In fact, the term “vegan” did not enter the language in 1944 when Donald Watson co-founded the Vegan Society in England. Fundamentally, I do not have a problem with vegans or veganism but it has recently crossed the line where my tolerance is being tested.

In September, the new £5 polymer note featuring the portrait of former Prime Minister Winston Churchill. Even though there were concerns raised at the time of the release, in November, a vegan activist names Steffi Rox asked the Bank of England if the new £5 polymer note contains tallow on Twitter. The Bank of England responded that “there is a trace of tallow in the polymer pellets used in the base substrate of the polymer £5 notes.”

Which was followed up by Ms. Rox asking “what consideration was given to #vegans & their human rights in the making of these?”

@bankofengland what consideration was given to #vegans & their human rights in the making of these? #fivepoundnote #fatfivers

This exchange reverberated around the world to all countries that use polymer notes including Australia that has been circulating polymer notes since 1992.

The Bank of England issued a statement confirming that the pellets used to make the polymer substrate contains trace amounts of tallow.

The new notes are produced on a product called Guardian manufactured by Innovia Security. Innovia is the company formed in Australia following the research and production of the polymer substrate by the Reserve Bank of Australia. Although Innovia has not issued a formal statement, press reports note that the company admits that tallow is used in the resin it sources from a supplier to make the polymer pellets used by the banks in the manufacture for the substrate that is printed for currency.

Tallow is made from suet, the fatty deposits around the organs of cows and sheep. It is a byproduct of the process of butchering a cow for its meat and hides. In its natural form, suet is only useful for cooking and some preservation. When it is rendered (by boiling) into tallow, it is used to manufacture soap, candles, and lubricants. The use of tallow in even the most synthetic lubricant is ubiquitous. Machines used to harvest crops or grease moving parts in automobiles have tallow in them.

Tallow is part of using the whole animal rather than killing it for parts and discarding the rest. It is the concept that animal rights activists preach. On this, I agree with their position.

But it isn’t like the Bank of England or Innovia is dumping tallow into its manufacturing process. Based on what how it was explained to me by a chemist familiar with polymer manufacturing but not associated with Innovia or the polymer banknote process, tallow is likely used in the resin as part of the pellet manufacturing process. The resin acts as a binder but has to manufactured in a way that prevents it from sticking to everything. Small amounts of tallow are used as a lubricant to make the resin to prevent it from sticking to the machinery. Trace amounts of tallow remain in the resin in the same manner oil would remain on your tires if you rolled over an oil slick on the street.

Just because there is oil on your tires does not mean your tires are made of oil. But the oil remains a trace element on your tires and continues to exist until removed using some type of friction. But it is such a small trace, you never notice.

The same can be said of the tallow. The chemist said that if there are more than 5 parts per million of tallow in the notes then that the manufacturing process should be questioned. Aside from suggesting the process is dirty the proportions may make the polymer unstable and less useful to use as currency. Its 25-year usage in circulation suggests that there are no problems in the manufacturing process.

To understand what 5 parts per million would mean, you can also think of it as one-two thousandth of one percent.

With all due respect to vegans, you are probably breathing more dander in a single day than you are touching tallow in all of the polymer banknotes that cross your paths. For those of us who know that tallow is used in all sorts of lubrication products, especially those used in transportation, you cannot get away from its use. It is everywhere. You need to better educate yourselves before taking a stand against one-two thousandth of one percent because you look like hypocrites. 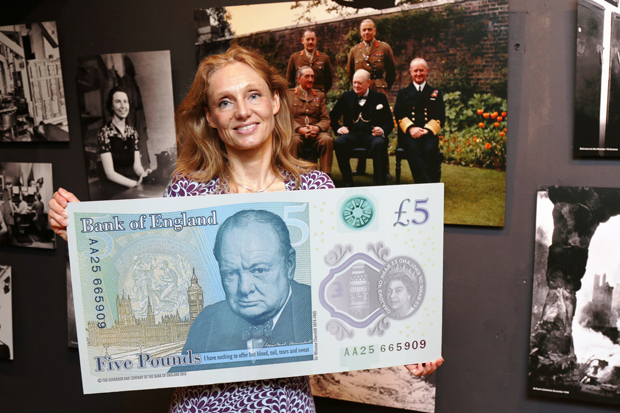