Time for the olde guard to wake up to new technology 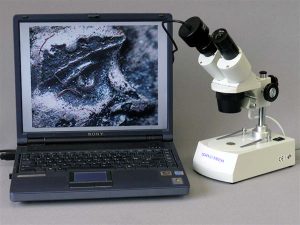 I have a tremendous amount of respect for the people who have been in the numismatic industry and has been responsible for keeping alive and solid over the last number of years. Their knowledge of the art and business of numismatics are invaluable. I wish some would write more about what they know.

However, the area where they are lacking is the science of numismatics. The part where technology has been able to automate to perform mundane work and do the finest details that many factories have increased output while reducing the workforce. It is their inability to grasp new technologies that have been holding back the growth of numismatics.

When I was working in non-civilian agencies, we would call that BRAVO SIERRA (from the phonetic alphabet meaning “B.S.”).

It used to be that video technology prevented images from being shown in detail. This goes back to the day from the old television standards were the picture was 525 scan lines (the number of passes the across the screen it took to form the picture) drawn about 30 times per second (the frame rate). This was different from early computers that drew fine dots on the screen. At the point color monitors entered the market, most were 640 dots wide by 480 dots tall which was a little smaller than your standard television screen.

Technology has advanced beyond what we had with the old cathode ray tube (CRT) television and monitor. Now, you can buy a monitor that attaches to your computer that has the same resolution as your television. What we call “4K High Definition” is 4096 pixels wide by 2160 pixels tall or over six time the size of the old monitors.

The iMac I am using has a display that is 5120 pixels tall by 2880 pixels wide and the iPhone 6 Plus in my pocket has a display that has 401 pixels per inch resolution. Think about that for a moment… every square inch of an image will use 160,801 individual dots to display on a device that fits into my back pocket!

These monitors are not only larger but the pixels are denser, meaning they are smaller and closer together. When in the old days you can look into the television and see jagged edges, you closeup look now shows smooth lines.

Go look at the specification of the smartphones and tablets that are on the market. They make television that was being sold as little as 10 years ago look like something out of ancient history.

Cameras are also better. Most smartphones can shoot images of over 8 megapixels up to 20 megapixels with image sensors that surpass what was on the market as late as 5 years ago. The amount of image data these cameras can capture are remarkable! 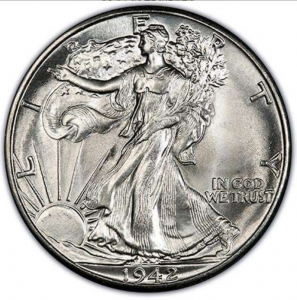 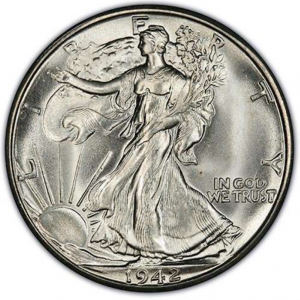 Can you guess the grade?

There are a lot of industries that use this technology for critical image analysis. The growing telemedicine field uses the imaging to allow a doctor to examine patients from anywhere including some of the most rural parts of the world. A nurse in the middle of a jungle can draw blood, put the slide in a machine that will take images and perform other data analysis and send it back to a doctor thousands of miles away to help diagnose illnesses.

Manufacturers of parts for your automobile and the airplanes you fly us this image analysis to check for imperfections in metal parts including difficult to spot stress fractures to prevent breakdowns. That should be comforting driving down the road at 60 MPH or 30,000 feet in the air.

Even the food industry uses this imaging technology to prevent foreign substances from being packaged and landing on the grocery store shelf. Remember the opening theme from Laverne & Shirley where they are on the bottling line watching for bottles without caps? That job does not exist anymore. Computers with imaging technology not only watch for those bottles but can spot one that is not filled correctly and if something other than beer was placed in the bottle. 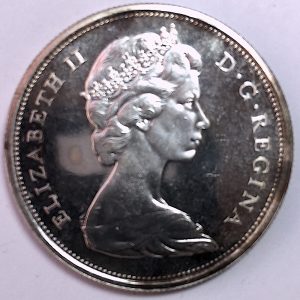 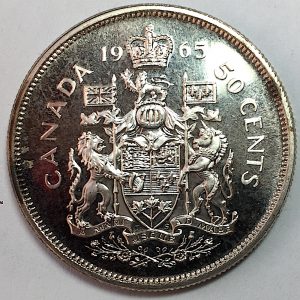 Images taken with an iPhone 6 Plus

This is not to suggest that we can start grading coins by computer tomorrow but we can start soon. Programs have to be written to support the type of image analysis that would be required to determine an MS-69 coin from an MS-70. In fact, we may see fewer MS-70 coins using computer image analysis because the closer we look the more flaws we will find.

Professional Coin Grading Service provides the tip of this iceberg with the PCGS Photograde app. Whether you use the online service or one of the mobile apps, detailed imaging, and high definition displays can show you the details necessary. In fact, in a video PCGS produced about Photograde, they note how you can see the scratches on the imaged coin. 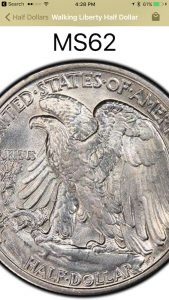 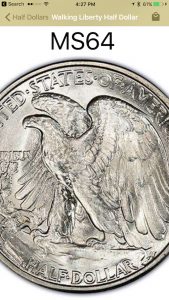 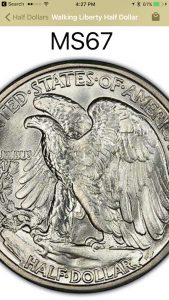 Images from PCGS Photograde App on the iPhone

If you can use the high definition images to see the details of coins, then the first step would be to use those images and the knowledge of grading to grade coins. Digital images can be transmitted anywhere there is a connection using the proper teaching platform.

With all due respect to the numismatic expert that said to me that you cannot teach grading using the computers, it is time to evolve from the early 2010s and see how technology has evolved to make it possible.