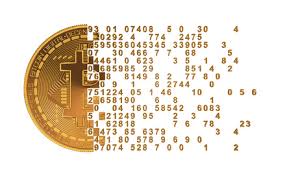 As I peruse the Interwebs for numismatic-related stories from non-numismatic sources, my searches are inundated with stories about Bitcoin, crypto-currencies, and blockchains. Most of the time, the stories are just noise given my objective to find information relevant to collectors including the issuance of circulating currencies and the impact of precious metals on the market.

While there is some use of the technologies as an indicator of a store of something resembling wealth or as a new method of providing electronic transactions, the concept of inventing a currency out of thin air—or electronic bits—is something that may be more dangerous than the stock market.

Bitcoin, which is a type of crypto-currency, is traded using a blockchain, a technology that provides a mechanism for secured transactions between parties. Like the Federal Reserve Note, it is an invented currency whose value is in the eye of the beholder. The only difference between the Federal Reserve Note and crypto-currency is that the worth of the paper currency is backed by the full faith and credit of the United States government. Bitcoin has no backing, very little regulation, and could become as worthless as Enron stock as fast as it became worthless.

Although you may have issues with the way the federal government and the politicians have been conducting themselves, the government provides the backing to make sure that the currency you use has some representative value by law. It is called fiat money.

Crypto-currency not only has no intrinsic value, but it is not backed or supported by the government. It has no regulation and is worth what someone will provide in trade. The assignment of value to crypto-currency may be market driven but those who have seen the silver market of 1980, unregulated markets can cause significant problems.

The blockchains that protect the transactions are software creations. Software is what is used to provide the logic to the computer to do its job—or not do its job in the cases of Equifax, Target, Home Depot, the Office of Personnel Management, and any of the other servers you have heard attacked in the last few years.

Of course the most important thing to numismatists, crypto-currency has no presence in the physical world. You cannot create a collection of bitcoin since it really does not exist. And maybe that should be the question: if it does not have a physical form or a physical representation, is it really money?

The Stellarton Legion is now the proud recipient of a Nova Scotia Highlanders ceremonial unit coin. And Stellarton Legion president Jack Chaisson was on hand to take personal delivery of the coin from Lieutenant-Colonel Colin Todd at Pictou Legion, after attending the county Remembrance Day ceremony in town Sunday.

The Royal Mint has released its official Remembrance Day coin ahead of commemorations on Saturday. Stephen Taylor, a graphic designer at the Royal Mint, said his artwork was inspired by the world-famous war poem 'In Flanders Fields' by John McCrae.

The Perth Mint has released a world-first silver coin in the shape of a figure eight. Likely to be a hit with Chinese coin collectors and buyers, only 8888 of the 2oz, 99.99 per cent silver coins will be released at a recommended retail price of $218.

Demand for gold has dropped to an eight-year low

Gold isn’t so shiny anymore. Globally, demand for the precious metal has fallen to its lowest level since late 2009, according to the World Gold Council. In the third quarter of 2017, demand for the haven asset was 915 metric tons, 9% lower than a year earlier.

In January, 1999 Cassinelli Construction Co. was employed by Nevada State Public Works Department to remove a portion of Carolyn Street at the Nevada State Museum to construct a parking lot and build a small park facing Carson Street.

The 5 Biggest Myths About Gold

Gold was once a common form of payment around the developed world, but after World War II the precious metal's influence began to wane. In 1971, when the United States finally put an end to the gold standard, the role of the yellow metal changed for good.

The Thank-A-Vet cenotaph memorial coin set, created for local veterans and their families as a keepsake, has been completed with the minting of the final two coins and creation of a pine display box. – Sean Allen/Metroland

Is the end of physical money near?

The thing about money — we all need it. “Money bewitches people. They fret for it, and they sweat for it.