The coin is convex, similar to the 2014 Baseball Hall of Fame commemorative coins issued by the U.S. Mint. But that is where the similarities end. The reverse of the Canadian coin features a vintage baseball scene reminiscent of the 19th century inside a baseball-looking design. The obverse has the portrait of Queen Elizabeth II. It has a face value of $25 CDN. 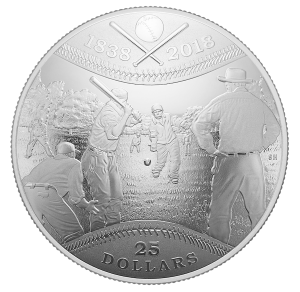 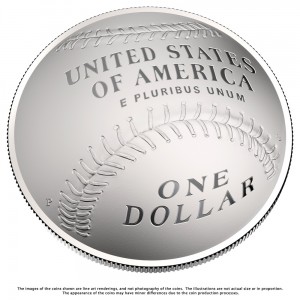 Then there are the specifications. When I visited the Royal Canadian Mint’s website, I was floored when I noticed the issue price of 159.95 CAD or about $124.82 at the current exchange rate. Here is a comparison of the coins:

If you want a baseball commemorative coin and do not want to break the bank, you can still find the 2014 Baseball Hall of Fame Commemorative Silver Dollar within 20-percent of the issue price in original government packaging (OGP). Even though the artwork is very good, the price of the Canadian coin is too high. At a premium of over 970-percent over spot, it is difficult to justify.

Veterans: WWI commemorative coin to honor the 100th anniversary of the end of World War I

A new commemorative coin was unveiled Oct. 9 to mark the 100th anniversary of the end of World War I and honor those Americans who served. The silver dollar coin, authorized by Congress in 2014, features a service member holding a rifle to honor those who fought in the war from 1914 to 1918.

Major League Baseball came to Canada in the 20th century with the debut of the Montreal Expos in 1969 and the Toronto Blue Jays in 1977, but that was far from the beginning of the country's history with the game.

10p coin: What are the Royal Mint’s new 10p A to Z coins? What does each letter mean?

The Royal Mint is encouraging coin lovers to celebrate the UK “one coin at a time”. The new series of 10p coins were released into circulation on March 1 and features an A to Z of British landmarks, icons and traditions.

A museum has started a bid to buy part of a gold sovereign hoard discovered hidden inside a piano. The find was made in 2016 in Shropshire when the piano's new owners had it retuned and repaired. It has since been declared as treasure.