There are politicians so full of themselves that they even have to show it off with challenge coins.

Scott Pruitt, the 14th Administrator of the Environmental Protection Agency, has decided that rather than saving taxpayer money, he will spend additional money to have the EPA redesign the challenge coin that he uses on behalf of the EPA.

According to the New York Times, Pruitt wants to make the challenge coin bigger and to delete the EPA logo. According to a retired career EPA employee, it appears that Pruitt wants the coin to be all about him and not the agency. 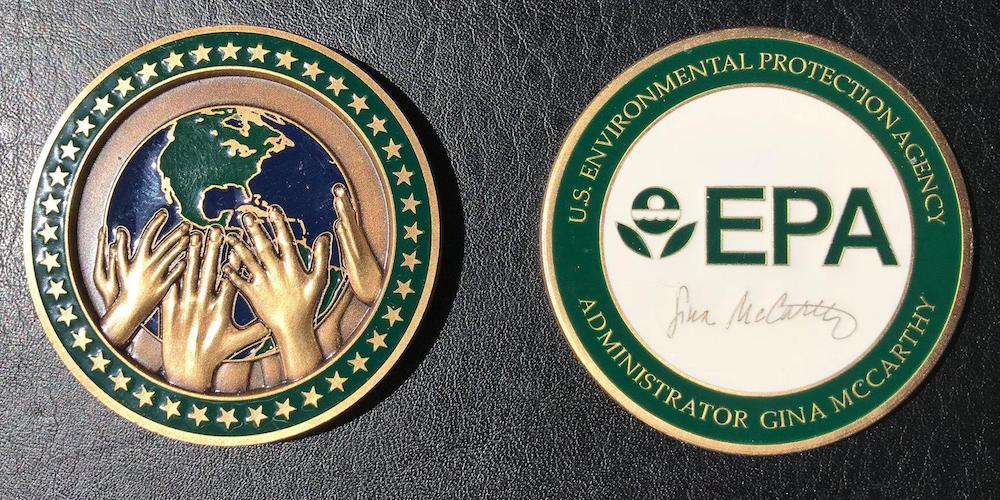 The reverse side of the E.P.A. challenge coin conceived under Administrator Lisa P. Jackson, left, and the face of the coin issued when Gina McCarthy led the agency. (Photo Credit: Ron Slotkin/The New York Times)

“These coins represent the agency,” said Ronald Slotkin, who served as the director of the E.P.A.’s multimedia office. “But Pruitt wanted his coin to be bigger than everyone else’s and he wanted it in a way that represented him.”

It is reported that Pruitt does not like the agency seal because (brace yourself) he felt it looks like a marijuana leaf! 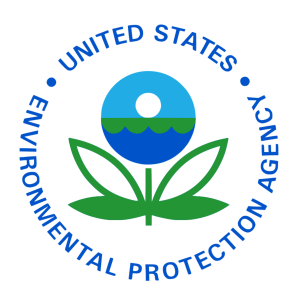 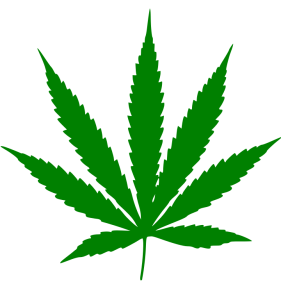 Leaf of the cannabis sativa plant

In order to create a new challenge coin, the manufacturer must create new dies. Making new dies does have a cost, as opposed to either using an existing die or having an existing design reworked. According to the website of Challenge Coins Plus, the company The New York Times story said was involved with making other challenge coins for the EPA, if Pruitt wants a 2.5-inch coin, the mold fees are $100 per side ($200 for both sides). Once the molds are made, 2-sided colored coins are $5.57 each for 2,000 coins ($11,140) without customizations such as custom edges and capsules.

However, Pruitt is not stopping with challenge coins. He has ordered pens, notebooks, and leather binders to exclude the logo and replaced with his name in a larger font. All at an additional charge to taxpayers.

At least when the U.S. Mint fails, it does not cost the taxpayers any money since the U.S. Mint’s operations are paid by the seignorage and not from the general treasury. 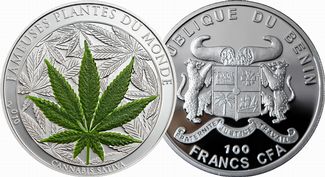 I guess Pruitt will not be collecting this 2010 Republic of Benin Marijuana Scented Coin!