Weekly World Numismatic News for May 5, 2019 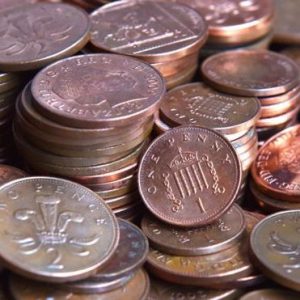 In midst of the growing sentiment to rid society of low denomination coins, Britain’s Chancellor of the Exchequer Philip Hammond announced that that the country will continue to produce 1 penny and 2 pence coins.

A study by the British Treasure estimates that 2.2 million people in the U.K. continue to rely on cash for daily commerce. An independent report in the U.K. estimated that more than 8 million people rely mostly on cash. That review concluded, “Poverty is the biggest indicator of cash dependency, not age.”

It is the same argument that is presented in the United States when discussing cash versus electronic payments. Those that would be hurt the most by moving to a cashless society would be the poor, elderly, anyone of modest means, and rural communities. Areas that are not as well served by technology, even in eastern states, will be hurt by the move to a cashless payment model.

Another difference between the United Kingdom and every other country versus the United States is that every other country is not afraid to make changes to protect its change. Countries around the world make a change to their coinage without everyone going into a panic. Although the British went through a row when converting from the round pound to the new 12-sided coin, they forged through the process. Even the mention of a potential change in the composition of U.S. coinage leads to predictions of economic doom and gloom for many sectors of the economy.

The last I looked, the U.K., Canada, and the entire European Union made significant changes in their circulating coinage in the previous 20 years that has not caused a disaster. Change seems to scare many Americans who will do anything to hold on to the past no matter how much it hurts to maintain the status quo. You can look no further than the fuzzy math produced by the Government Accountability Office whose report on the coin versus paper money is an exercise in proving “Figures will not lie, but liars figure.”

Turkish security forces confiscated more than 2,500 Roman and Hellenistic-era coins along with several other historical artifacts in an anti-smuggling…

The Treasury decides to continue with copper coins and sets a plan to ensure people have access to cash.