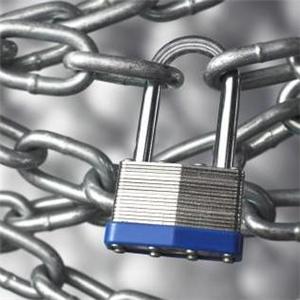 While there was plenty of news this week, I want to take this opportunity to use myself as an example. Some may have noticed that the blog was taken down for a little more than a day earlier this week. The downtime was necessary to clean up after my account was attacked.

The attack occurred after I had given the person who is maintaining my company’s website the administrative passwords. Although that person did not attack my account, the use of compromised services on the Internet allowed the attack to happen.

Being attacked by malware on the Internet is nothing new. I am sure that most of you experienced an attack either of a website, your email, or social media account. The clean up is not fun. The embarrassment after spending a career as an information security profession is enormous.

I do pay attention to my version of the world to make sure that what I am involved with does not cause problems. Even so, something got passed my watch and infected my entire account, including this blog and the news site.

I have written about security issues in the past. As my experience has shown, letting down your guard can lead to an unintentional disaster.

I know that Internet security is both problematic and annoying. Having to watch over your virtual shoulders can make the time you spend online unpleasant. But it has to be done. You have to stay aware because the threats adapt as you do.

Fans of Hill Street Blues will remember that after the morning briefing, Sergeant Phil Esterhaus would say, “Let’s be careful out there.” Sound advice for the Internet age.

Alan Turing, World War II code-breaker castrated for being gay, is the face of Britain's £50 note

London (CNN Business)Alan Turing, a crack code-breaker and visionary mathematician who was convicted under Victorian-era homophobic laws, will be the face of Britain's new £50 note. Bank of England Governor Mark Carney announced Monday that Turing, who killed himself in 1954 after he was subjected to chemical castration, will appear on the new polymer note by the end of 2021.

Calgary coin convention hears tips on living with a collector: ‘Some people go pretty much crazy’

Nick Vorsin wasn’t sure what he’d find when he stopped in at the Calgary Coin Gallery, but he ended up buying a couple of nice surprises: two 1967 Canadian Centennial coins. One was a 50 cent piece, featuring an image of a howling wolf, along with a silver dollar featuring a Canada goose.

(UPDATED) A study finds that Filipinos frequently use P20 bills, leading to the banknote's wear and tear. A coin version will extend its life span. MANILA, Philippines (UPDATED) – The orange P20 bill will soon get a coin counterpart, an official of the Bangko Sentral ng Pilipinas (BSP) said on Wednesday, July 17.

These valuable pennies are worth up to $200,000—and they might be in your pocket

Before you say, "Keep the change," make sure you don’t have one of these. You never know, one of your pennies could be worth the price of a nice dinner out — or maybe a whole lot more.

Richard Hayes left a $45 million coin on the streets of Manhattan all day Tuesday, but he wasn’t particularly worried about a thief carting it off.

Rusty Goe has spent much of his professional life on a deep dive into the history of the U.S. Mint in Carson City. He’s written multiple books on the subject and spent thousands of hours in research, getting to know the people who worked there 150 years ago.

Roman coins 'may be linked to Boudiccan revolt'

There was an increase in hoarding coins during the "tumultuous" reign of the queen, an expert says.