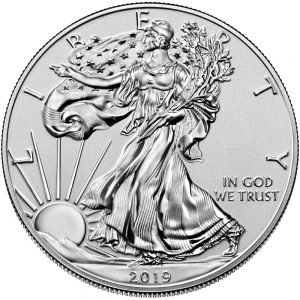 The U.S. Mint does it again by shutting out collectors with an unannounced change in procedures.

According to reports, 95 of the 2019-S American Silver Eagle Enhanced Reverse Proof did not sell the first time because of an alleged glitch. Rather than letting the general public know that the coins were available, they snuck it onto their website and sent messages to people who signed up for reminders only.

The U.S. Mint did not send the message to everyone on their reminder list. Only to those people who signed up for when the coin would be available again.

From the poorly designed website with a bad ordering experience to the sneaking the surplus coins by the general public, the U.S. Mint is not endearing itself to the collecting public.

How can the hobby expect to attract more collectors if the source of coins makes it difficult to purchase their products?

Toilet paper, sanitizer and yeast were but a few of the top-of-mind goods hoarded by Canadians at the outset of the COVID-19 pandemic. In more recent weeks, however, another shortage – this of $50 banknotes – has come to light.

Minelab Metal Detectors Luke Mahoney said the "feeling of scraping the dirt away and seeing the coins is indescribable" A metal detectorist who has spent 10 years searching for hidden treasure found "the biggest hoard of his life" in a field behind his village pub.

→ Read more at timesnownews.com
Cost of gold the year you were born

On July 27, 2020, gold prices hit an all-time high. Although the earliest traces of gold as a valuable material date back to the Paleolithic era in 40,000 B.C., about two-thirds of all the gold ever mined has been wrested from the ground since 1950. Throughout human history, it’s estimated that human beings have mined 197,576 tons of gold. One reason that gold has been so attractive to people across every corner of the Earth for all of recorded history is that it’s nearly indestructible, which means virtually all of that 197,576 tons is still around in one form or another. Even so, if you combined every ounce of gold ever mined into one large cube, that cube would only measure about 70 feet on each side.