The 1933 Saint-Gaudens Double Eagle is encapsulated. Why?

Last April, PCGS announced that they had certified the 1933 Saint-Gaudens Double Eagle Gold Coin that Stuart Weitzman recently sold at auction. The coin sold for $18.9 million to an undisclosed buyer on June 8, 2021, by Sotheby’s

On July 27, 2021, PCGS announced that they entombed the most expensive coin in the world in their plastic. 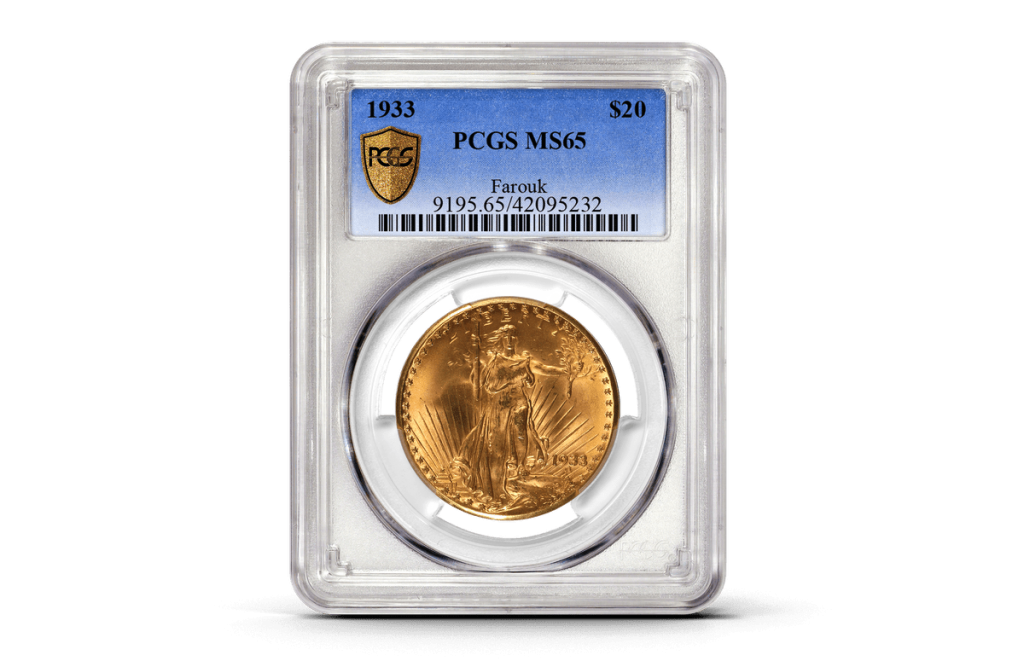 1933 $20 Obv – The 1933 Saint-Gaudens Double Eagle is a gold coin with a $20 face value that sold for nearly $19 million in June 2021 and was graded MS65 by Professional Coin Grading Service. The obverse, seen here, depicts a striding Miss Liberty before a sunrise over the U.S. Capitol in Washington, D.C. Courtesy of Professional Coin Grading Service. 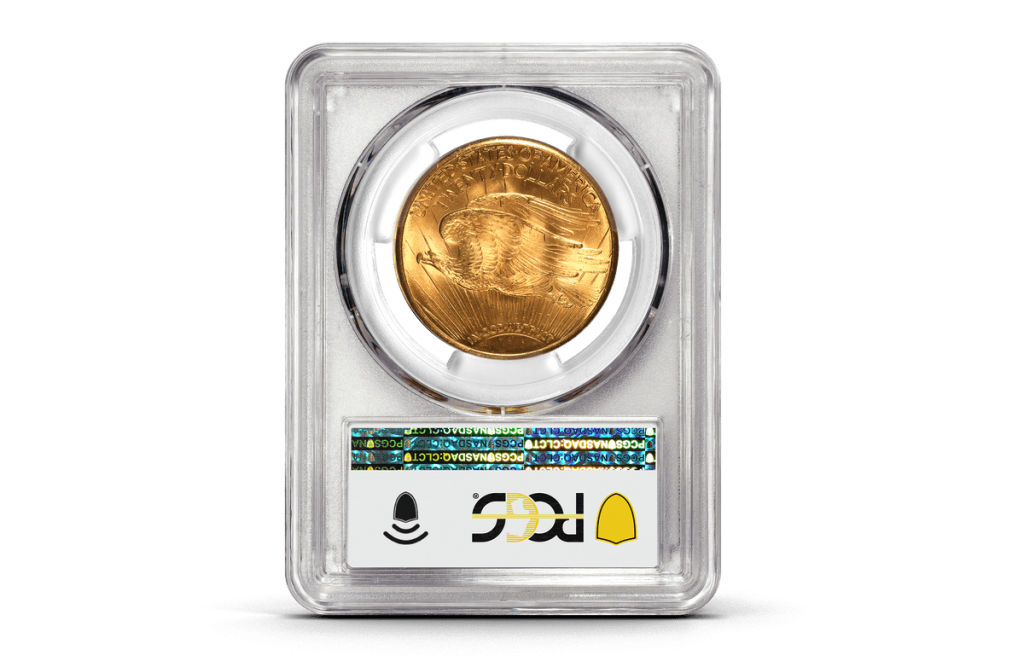 1933 $20 Rev – A flying eagle graces the reverse of the 1933 Saint-Gaudens Double Eagle, a gold coin with the face value of $20 that was originally designed by namesake sculptor Augustus Saint-Gaudens in 1907. Courtesy of Professional Coin Grading Service.

While I acknowledge there is a place for third-party grading services in the collecting market, certifying and encasing the most valuable coin in the world does not qualify.

Although forgeries and fakes are infesting the market, a coin like this one-of-a-kind wonder with a story that reads like a best-selling whodunit the coin is so unique that encasing it away from the world has no equivalent in other collectibles.

Art collectors spend more money for the rarest of paintings only to display them without encapsulation. For example, Salvator Mundi attributed Leonardo da Vinci sold in 2017 for a world record of $450.3 million to Prince Badr bin Abdullah of Saudi Arabia. The prince intends to display it at the Louvre Abu Dhabi. Although the display will have security, the painting will be on display for all to see, not entombed in plastic.

Slabs give coins a homogenous feeling. All slabs look the same. There is little to distinguish the coins other than the information on the label. But the label is not the coin. It hides the differences away from the admirer. A row of slabbed coins does little to enhance the fact that each is different.

Coin collectors have given up eye appeal and the emotion of seeing a beautiful coin to the third-party grading services. Collectors have become mesmerized by labels, numbers, and even stickers without truly understanding what they mean.

Recently, a friend purchased a Carson City minted Morgan Dollar that we thought should grade DMPL (deep-mirrored proof-like). The coin was beautiful but had some slight inclusions. There were bag and handling marks on the coin, but we were confident that the coin would earn the DMPL designation.

When he sent the coin to a third-party grading service for encapsulation (not my coin, so it was not my decision), we played “guess the grade.” My guess was lower than my friend’s. He was more optimistic and overlooked some of the issues I saw. Even though the coin was graded MS-62 DMPL, it did not take anything away from the coin’s beauty.

Except my friend was upset, and the coin is in plastic.

He was conditioned by the phenomenon of grading every coin that the higher the grade, the better the coin. Forget that the coin was beautiful to look at, and he paid less for the coin than if it was graded. He really wanted the coin to grade MS-64. After all, MS-64 is better than MS-62, right?

Now that the coin is encased in plastic, it has lost its luster. I am sure the coin is fine, and the third-party grading service did not damage the coin, but the plastic mutes the impressive DMPL fields. I do not have the same emotional response to the coin in the plastic.

As a result, he wants to crack out the coin and send it to the other third-party grading service to see if he can get a higher grade. I shook my head and wished him good luck.

I am worried that by encasing the only 1933 Saint-Gaudens Double Eagle Gold Coin that is legal to own in a plastic case, the coin will lose its impressive look and make it like any other coin.