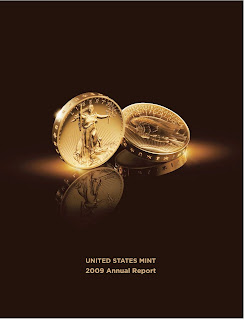 After reading a few stories on how the president’s 2011 federal budget was proposing changes to coin composition. Many of these articles point out how the budget projects that changes could save the US Mint about $150 million per year after making over $777 million in circulating coins (business strikes) in fiscal year 2009. The US Mint’s Fiscal Year 2009 Annual Report says that the US Mint earned over $904 million in seigniorage from all sources.

While everyone is concentrating on the costs of changing coinage metals, there is a missing point: even if the US Mint was able obtain the copper covered zinc planchets for the cent at no cost, the US Mint will lose 0.62-cents per cent struck just for the labor and administrative costs.

The US Mint documents the costs in the Annual Report as Sales, General & Administrative (SGA). In the Annual Report the reported SGA from 2006 through 2009 has remained stable. Increases have roughly followed the rate of inflation. When looking at the SGA for individual coins, the US Mint spent $65.3 million to sell $459 million one-dollar coins to the Federal Reserve in 2009. In 2008, it cost $52.2 million to sell $475 million one-dollar coins.

The US Mint’s core responsibility is to manufacture the coins required by the Federal Reserve for commerce. In 2009, the seigniorage for business strikes was $427.8 million while making $32.7 million for bullion sales.

The problem is not the cost of the metals. The problem is the inefficiency of operations at the US Mint. “In FY 2009,” the US Mint’s FY2009 Annual Report reads, “the worsening economic environment challenged our ability to maintain efficient manufacturing operations but also presented opportunities for long-term efficiency gains.” Then where are the efficiencies? If the US Mint has an efficient manufacturing process, then why did it cost the US Mint 1.1-percent more in 2009 to producing 40-percent fewer coins than they did in 2008?

If the Obama Administration wants the US Mint to produce more in seigniorage, then the place to start is to immediately replace the political hack that is the current director. A replacement should be someone that has had a manufacturing background working in a regulated environment to lead the US Mint forward.