On November 6, two weeks ago, the United States held an election and it resulted in basically no change in the political structure. President Barack Obama was re-elected, the House of Representatives is still being lead by the Republicans and the Senate by the Democrats. Leadership in both chambers should not change.

For numismatists, there will be one change in the 113th Congress with the retirement of Ron Paul (R-TX) who is currently Chairman of the Financial Services Subcommittee on Domestic Monetary Policy and Technology, the subcommittee that oversees the U.S. Mint. There will also be a change on the leadership of the Financial Services Committee itself with the retirement of Barney Frank (D-MA), the Democrats will have to select a ranking member. There is no speculation as to who will replace these two retiring representatives.

In retrospect, after worrying about Paul becoming chairman of this subcommittee, the Financial Services Committee was able to maneuver around Paul’s usual intransigence by taking on legislation at the committee level rather than rely on the vetting of the subcommittee. In fact, because of Paul’s attempted run for the presidency, his absence made it easy for the committee to bypass his subcommittee.

There is still work for the 112th congress to do aside from the “fiscal cliff” and sequestration. H.R. 5977, the Collectible Coin Protection Act, still needs to be acted upon. The Collectible Coin Protection Act will allow collectors, dealers, and grading services to bring legal actions that are much more effective, with much stronger remedies than previously existed. It will allow those harmed to work with the Justice Department to bring criminal actions, where appropriate.

Now that congress is in their lame duck session, the only way H.R. 5977 can become law, is to have it considered under suspension of the rules and force an up or down vote. In order for the bill to be considered under suspension of the rules will be to have members of congress co-sponsor the legislation. At the time of this writing, there are 11 co-sponsors from both sides of the aisle. I urge all of my readers to support H.R. 5977 by asking their representative to co-sponsor H.R. 5977. If you can help, read the information I wrote for the posting “ANACS Revelation Shows We Continue to Have Counterfeit Problems” that describes how to contact your member of congress.

Bibiana Boerio was nominate to be the Director of the U.S. Mint.

Another bit of business left for the lame duck Senate is the nomination of Bibiana Boerio to be the 39th Director of the United States Mint. Although there has been no report of problems with her nomination, the partisanship battles in the Senate could cause a senator to threaten a filibuster to put her confirmation on hold. If Boerio is not confirmed by the final adjournment of the 112th Congress, President Obama will have to resubmit her nomination to the 113th Congress after it is seated on January 3rd.

An issue that will probably be deferred to the 113th congress will be the report to congress that is required under the Coin Modernization, Oversight, and Continuity Act of 2010, (Public Law No: 111-302 [Text] [PDF]). The law requires the U.S. Mint to produce a report about the metals used for coinage and alternatives two years from enactment. Since the law was signed by the president on December 14, 2010, the U.S. Mint is required to submit their report by December 14, 2012. 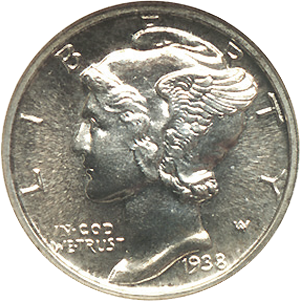 Another issue that will also probably be deferred to the 113th congress will be the study of the viability of issuing palladium bullion coins. Under the American Eagle Palladium Bullion Coin Act of 2010 (Public Law No: 111-303 [Text] [PDF]), the U.S. Mint is supposed to study whether it is viable to produce palladium coins as specified under the Act. That report is also due to congress on December 14, 2012.

Although there is no report from the U.S. Mint as to the status of either report, it would be reasonably certain that the U.S. Mint will submit both reports by December 14. However, it would also be reasonably certain that the House Financial Services Subcommittee on Domestic Monetary Policy and Technology will leave it for the next congress’s agenda.