It has been a few years since I did an All-Hallows-Eve numismatic trick-or-treat that it seems like a good time to do add one. Here are my numismatic tricks and treats for this past year.

TRICK: It was announced in January that the 2013 Girl Scouts commemorative coin did not generate enough sales for the U.S. Mint to provide a payout of seignorage. This is the first time this has happened. Part of the problem was that the Girl Scouts are stuck in the 1950s mindset that does not see collecting coins as a girl’s hobby. Although values are important, this shows that he Girl Scouts’ values are behind the times and will not be the catalyst behind helping expand the hobby. They should be ashamed for contributing to this failure.

TRICK:The Professional Numismatists Guild and the American Numismatic Association announced in January that “the first” PNG-ANA Numismatic Trade Show the weekend prior to the 2014 World’s Fair of Money in Rosemont that it will be open to the public. While making it sound exciting it made the entire show 8-days long. This was a bad move because of the length and because it makes the ANA play second to PNG. If the ANA wants to be the premier numismatic organization, the one that anyone wanting to learn about and be about numismatics, The ANA should not play second fiddle to any other organization.

There are coin treats!

TREAT:In creating a tribute to the 50th anniversary of the Kenney half-dollar, the U.S. Mint has made a coin that is not really circulated into something interesting for the collector. The dual-dated gold coin became an instant hit before the price of gold dropped and the silver sets are reportedly selling well. This was a good move by the U.S. Mint.

TREAT:For the most part, commemorative coins are sales do not meet expectation. While there are a few exceptions like 2005 Marine Corps 230th Anniversary silver dollar, most commemoratives do not come close to their maximum mintage. But the 2014 National Baseball Hall of Fame commemoratives appear to have hit a home run. The combination of the subject and the curve of the coin may be a significant factor in the coin’s success. The $5 gold and silver dollar coins are both sold out. There are some of the clad half-dollars available.

TREAT:Speaking of cool stories, what about the Saddle Ridge Hoard? After a couple found the hoard of gold coins while walking their dog, it spawned an interest in metal detectors and searching for buried treasure. It was such an amazing story that it even found its way into the national news cycle. But like everything else, another shiny story diverted the media’s attention and the coins went on sale to the general public on Amazon.com.

Not all coins are treats

TRICK: Colored and coins with gimmicks are proliferating in the market. So far, the U.S. Mint and the Royal Mint are resisting colored and other gimmicks while the Royal Candian Mint and New Zealand Mint are at a race to the bottom for gimmick coins.

TREAT: The ANA launched its new website with new technology ready for growth on time and under budget. This is the website that ANA Governor Laura Sperber said, “I can’t wait to see what a disaster the ANA new web site will be.” So far, there has not been a follow up from Sperber while the new site has been a success.

TREAT: More recently, the U.S. Mint had a great launch to their new website. After years of frustration with the online ordering of what would be popular items, the new site handled the launch of the 50th Anniversary Kennedy 2014 Half-Dollar Silver Coin Collection with no issues.

TRICK: The U.S. Mint launched the Baseball Hall of Fame commemorative coin at the Whitman Show in March not anticipating its popularity with fewer coins that there was a demand. It was as if the U.S. Mint had a blind spot with how popular this coin would be.

TRICK: The dealers who paid less than desireable people uninterested in anything other than a quick buck to mob the lines at the Denver Mint and the World’s Fair of Money. I continue to belive that their ethics must be questioned and appropriate actions taken by the ANA even though I do not think that will happen.

TREAT: With the drop in the price of gold, the current price of the gold Kennedy half-dollar tribute is less than what is was at launch. Teach these greedy dealers a lesson and buy the coins for less directly from the U.S. Mint!

TRICK: Because the U.S. Mint can only do what the laws that congress pass tells them they can do and congress is so dysfunctional they cannot even pass laws for issues they agree on, the United States was the only country involved with the Allies on D-Day NOT to issued a commemorative to honor the 70th anniversary of D-Day.

TRICK: In the name of political correctness, the State Department’s Cultural Property Advisory Committee (CPAC) continues to make it difficult for ancient coin collectors to participate in its hobby by allowing countries to ask the State Department to overreach on the enforcement on the Cultural Property Implementation Act. It is turning ancient coin collectors into criminals even for collecting common coins. Their actions are rediculous.

CCAC is the CCAC

TRICK: The arts medals are medals, not coins. Even with the beauty of medals like the 9/11 silver medal, it did not sell like coins would. In fact, it grossly under performed without raising significant sums for the 9/11 Memorial at the site of the Twin Towers in New York. But this is what the CCAC is face with because of congressional dysfunction (see above).

So goodbye everybody, and remember the terrible lesson you learned tonight. That grinning, glowing, globular invader of your living room is an inhabitant of the pumpkin patch, and if your doorbell rings and nobody’s there, that was no Martian… it’s Hallowe’en. 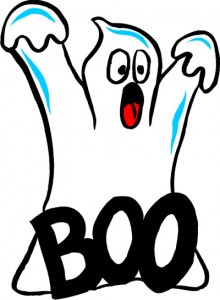