Sorry for being late, but there was this boring football game on. And the commercials stunk, too!

A story that resonated with me was from the American Physical Society that discussed research being done in Germany that could digitally examine coins.

Currently, the research is using ancient coins stored by their local heritage society. The purpose is to aid in the identification of the coins and to maintain an accurate description of these coins.

Although there have been similar attempts including smaller programs, this appears the first attempt to use computer imaging on a large scale to analyze the characteristics of coins. If it is successful, the imaging can also be used to determine the grade of coins. 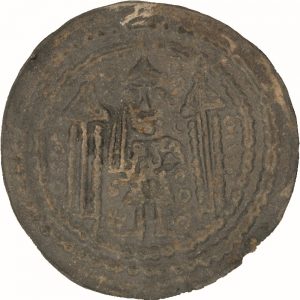 The coin as it appears without digital enhancement 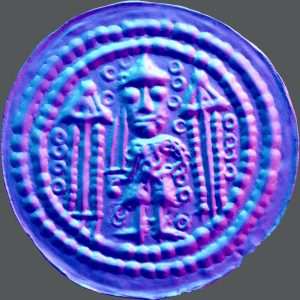 When the coin is imaged, the imaging software analyzes the surface to highlight its features 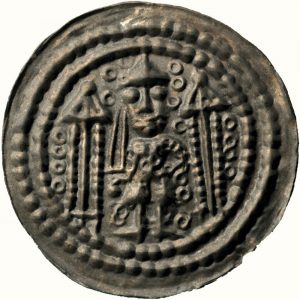 A computer representation of the coin as it might have looked when it was originally struck.

Images borrowed from the original article.

Yes, I am saying that computers can do the grading of coins and probably do a better job than humans.

Computer imaging has come such a long way that it is an enhancement to almost everything that requires visual work. Nothing is more impressive than the system that uses medical imaging to virtually recreate a surgery scene so that a doctor and team can practice the most delicate surgery before cutting open the patient. Imaging can see beyond blood, organs, and even ordinary body fat to guide instruments through the body allowing for minimally invasive surgery.

Those of us with a smart telephone in our pocket that was purchased within the last three years has a device with the imaging capabilities and computing power that is equivalent to those used in those medical situations.

We can perform medical miracles, detect people from satellites thousands of miles in space, and even capture clear images of someone committing a crime with a phone from your pocket but the numismatic industry pedantically resists the use of computer imaging to grade coins.

The problem is that computer imaging will disrupt the status quo and make the grading services nearly obsolete if it was an acceptable way of analyzing coins. Dealers would lose their advantage of being the experienced eye looking at coins.

The result will be a consistency in coin grading that is not available today.

Think about it. There would be no need for crossovers, crack-outs, or a fourth-party sticker service that is nothing more than an arbitrage system to drive prices up. Collectors would be in control. Take out your phone and scan the coin. It will tell you the grade. And it will be the same grade whether I do the scan or if you do.

Of course, putting the power in the hands of the collectors is not what the dealers want. It is not what the grading services want. Computer imaging will disrupt their business.

Fake coins are on the rise

At the same time, the number of fake banknotes has dropped.

The massive medallion, made of the purest gold bullion ever reﬁned and worth $5.8 million, was stolen from the Bode Museum in Berlin—and has never been found

A new exhibit at a landmark Vermont museum showcases the work of a renowned artist who calls New England Home. In his Windham County workspace, Johnny Swing transforms quarters, half dollars, and other…

Countless historical coins that differ from each other only in details are in storage at German state museums. Unlike paintings, these archaeological artifacts may not be labeled, marked or barcoded. Researchers at the Fraunhofer Institute for Factory Operation and Automation IFF developed a scanner and analysis software in collaboration with the Saxony-Anhalt State Office for Heritage Management and Archaeology, which digitally capture the visual features of coins and describe them exactly in a matter of seconds. The scanning system can be used to identify and recognize coin finds.