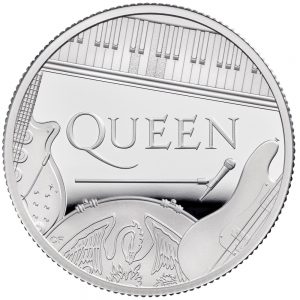 Like many of my age, I was introduced to Queen in 1975 when they released their fourth studio album, Night at the Opera. It was the album they premiered the iconic “Bohemian Rhapsody.”

You younguns found out about this song in Wayne’s World. I remember listening to it on FM radio when FM radio was cool. (You can now say collectively: OK, BOOMER!)

Their next album, A Day at the Races, produced several hits, including a song with fantastic harmony “Somebody to Love,” but it was News of the World that gave us the stadium anthems “We Will Rock You” and “We Are the Champions.” In case you forgot, “We Will Rock You” was on the B-side of “We Are the Champions.” Now they are played as if they are one song.

So why am I waxing poetic about Queen, and what does that have to do with numismatics? This week, the Royal Mint announced that they released a coin with the queen, as in Queen Elizabeth II, and a tribute to Queen on the reverse.

According to the Royal Mint, it is the first of a “Music Legends” collection. Other British musical artists will be featured on coins, but Queen is the first. 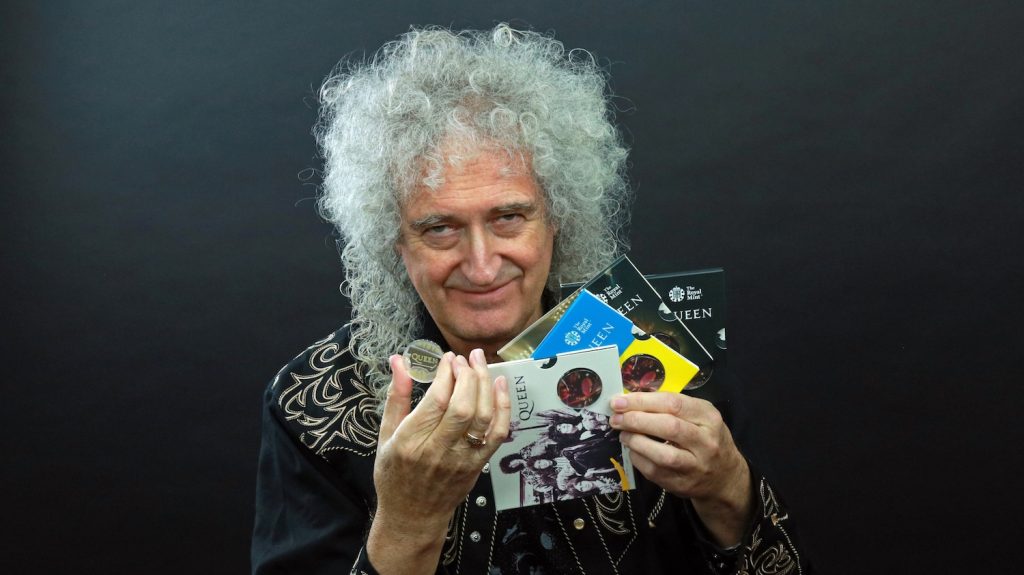 Dr. Brian May of Queen holding a 50p coin produced by the Royal Mint celebrating the band.

As someone who owns their first 12 albums on vinyl and their last three on compact disc plus several gigabytes of downloads because it is difficult to rip vinyl, I will be a buyer of some version of this coin.

For the record (pun intended), Queen is the third most requested artist in my shop, after the Beatles and the Grateful Dead.

And now the News of the Numismatic World…

Queen's Brian May with the new £5 coin (Image credit: The Royal Mint)

(Kitco News) – Scientists have discovered a method to create 18-carat gold using a mixture of protein fibers and a polymer latex instead of a conventional recipe of gold and base metals, according to research published earlier this month.

A Maryland mail carrier has been charged with theft after police say he admitted to stealing mailed items, including two rare coins worth nearly $3,000. All told, Lorenzo Pugh, 32, of Greenbelt, is suspected of stealing several items from his Silver Spring mail route from March 2019 through this month, according to Montgomery County police.